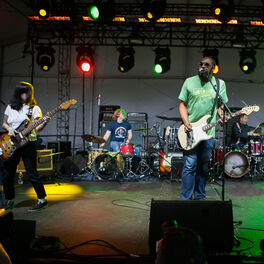 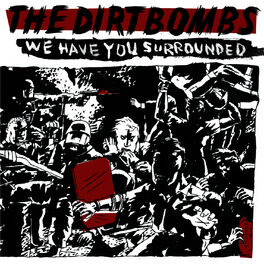 We Have You Surrounded

We Have You Surrounded

If You Don't Already Have A Look

by The Dirtbombs and King Khan & His Shrines

If The Gories were a seminal force in reviving Detroit's garage rock scene in the late 1990s, Mick Collins' next band The Dirtbombs took things up a notch and became a complete institution. The Gories lo-fi, ragged, R&B was turned into a thunderous, howling beast as The Dirtbombs often featured two drummers, two bass players and the huge prowling presence of Collins, and took on classic soul, funk, punk and even bubblegum pop standards. Signed to In The Red Records, debut album Horndog Fest (1998) captured the raw, energy of their live shows, while follow-up Ultraglide In Black (2001) covered tracks by soul greats Sly Stone, Curtis Mayfield, Marvin Gaye, Smokey Robinson and Stevie Wonder. Their reputation spread when they toured Europe with The White Stripes and their track Chains Of Love later featured in award-winning film The Diving Bell and the Butterfly. Later records veered from the new wave sounds of We Have You Surrounded (2008) to covers of early house and techno anthems on Party Store (2011). After opening for Blondie, Yeah Yeah Yeahs and Spiritualized, the band remained cult heroes on the garage rock scene but took another unexpected turn when they paid tribute to sugary, cartoonish, 1960s pop on sixth album Ooey Gooey Chewy Ka-Blooey (2013).