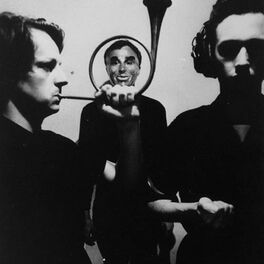 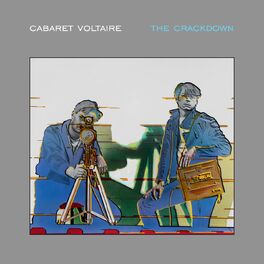 The Covenant, The Sword And The Arm Of The Lord

On repeat by Robin

The Best Of Funky Alternatives

Formed in Sheffield, England, in 1973, Cabaret Voltaire took the noise of the city's industrial core and turned it into dissonant, Dadaist soundscapes to become antagonistic outsiders of the synth pop scene. Self-professed sonic noise terrorists, they were inspired by the early German electronic artists and started experimenting with synths, distortion, tape loops, and sampling in keyboard player Chris Watson's attic. They released homemade cassettes, appeared on the first-ever Factory Records compilation album, and regularly performed alongside Joy Division before signing with Rough Trade in 1978. Mix-Up, the band's debut album, was released in 1979, but it was 1981's Red Mecca that provided a soundtrack to the riots and discontent of the era, topping the UK indie charts along the way. Watson departed in 1983 to form The Hafler Trio, and the group turned to more commercial funk and techno influences on that year's The Crackdown. They scored underground dance hits that same year with "Sensoria" and "James Brown," and continued enjoying success on the UK Indie Chart before splitting in 1994. Remaining a seminal influence on the industrial scene for more than a dozen years, the group was reformed by co-founder Richard H. Kirk in 2009 and released a comeback album, Shadow of Fear, in 2020. Kirk passed away the following year, dying at 65 years old on September 21, 2021.