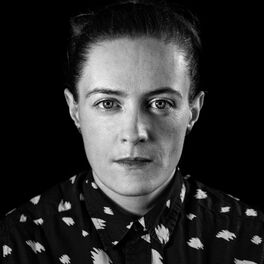 The Colour of the Night

Elaine Mai is no stranger to success. Having twice topped the Irish Radio Breakers Chart (‘Butterflies’ with Soulé and Sorcha Richardson in 2019; ‘Nothing [Elaine Mai Remix]’ by Loah in 2018), and having her remix of Chris Isaak’s ‘Wicked Game’ voted ‘Best Tune’ at Electric Picnic 2017 by The Irish Times, the Dublin-based Mayo native is one of Ireland’s most in-demand producers. A huge advocate for gender equality and women’s rights, she is one of three artists representing Ireland with Keychange - an EU initiative working towards a total restructuring of the music industry to help reach full gender equality. She was also a featured singer on the No.1 single ‘Dreams’, the cover of The Cranberries’ hit by Irish Women in Harmony, which took the country by storm in 2020 and raised over €250,000 for anti-domestic violence charity SAFE Ireland. No Forever (feat. MayKay) is the first single taken from Elaine’s hotly-anticipated debut album. The single is out now, with the album due later this year. 2021 is shaping up to be a big year for this ever-evolving artist.