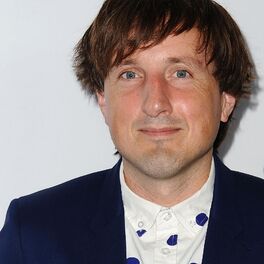 Birds of Prey: And the Fantabulous Emancipation of One Harley Quinn (Original Motion Picture Score)

The Dark Crystal: Age Of Resistance, Vol. 1 (Music from the Netflix Original Series)

The Dark Crystal: Age Of Resistance, Vol. 2 (Music from the Netflix Original Series)

Spider-Man: Into the Spider-Verse (Original Score)

All the Money in the World (Original Motion Picture Soundtrack)

Spider-Man: Into the Spider-Verse (Original Score)

Yesterday (From The Album "One Man Only")

Something (From The Album "One Man Only")

Yesterday (From The Film "Yesterday")

The English composer Daniel Pemberton developed his love for music when he was a teenager by listening to contemporary electronic artists such as Vangelis and John Michel Jarre, two artists who, like Pemberton, also enjoyed significant success in the film and TV industry. Whilst becoming interested in producing ambient music Pemberton wrote technical tips for a video game magazine and in this way funded the acquisition of some specialised keyboard equipment. He began recording his own compositions and eventually released his debut album in 1995 titled 'Bedroom'. Although the album didn't sell particularly well it served to showcase Pemberton's talent and soon after he found himself being offered commissions for TV soundtrack work.

His early writing credits include work on productions such as 'Peep Show', 'Dirk Gently' and' Hell's Kitchen' and in 2009 he won a prestigious Ivor Novello Award for his 'Desperate Romantics' soundtrack. Pemberton has since made a successful transition into writing scores for feature films and in recent years these have included working with directors Danny Boyle on 'Steve Jobs', Ridley Scott on 'The Counselor' and in 2017 with Guy Ritchie on 'King Arthur: Legend of the Sword'.