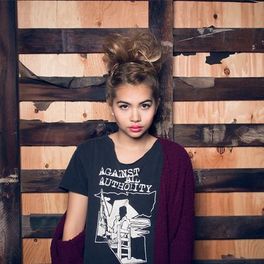 Julie and the Phantoms Cast

Music can often be more than just an escape. It can be paradise. That's precisely what it is for singer and songwriter Hayley Kiyoko. In many ways, Hayley has been working towards this solo release since growing up in Los Angeles. At five-years-old, she started pounding away at a drum kit that her dad bought. In junior high school, she eventually picked up guitar and bass, learning how to record on a four-track simultaneously. After a stint in popular girl group The Stunners, she immersed herself in cultivating a musical statement of her own, drawing from a range of influences including everything from Metric to Sia. Outside of that world, Hayley remains an in-demand actress. She's starred in everything from ABC Family's The Fosters to The CW's The Vampire Diaries, and she'll also star in both Jem and the Holograms and the highly anticipated Insidious 3. However, her musical journey has only just begun.