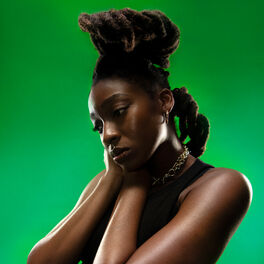 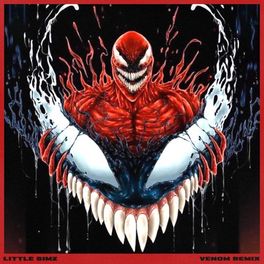 Venom (Remix) [from Venom: Let There Be Carnage]

A Curious Tale of Trials + Persons

Proud of Me (feat. Little Simz)

Back to My Love

Use Your Voice: Election Countdown

Top Boy (A Selection of Music Inspired by the Series)

Little Simz is the stage name of Simbiatu "Simbi" Abisola Abiola Ajikawo, a British-Nigerian rapper, actress, and Ivor Novello Award-winning songwriter who found mainstream acclaim with her third album, Grey Area, in 2019. She was born in the Islington district of London, England, on February 23, 1994, and raised by Nigerian parents of Yoruba descent. Small roles in British TV series like 2010's Spirit Warriors and 2013's Youngers helped establish her acting career, while mixtapes like 2010's Stratosphere, 2011's Stratosphere 2, and 2013's XY.Zed launched her reputation in the hip-hop world. After releasing four EPs in 2014, she returned in 2015 with her full-length debut album, A Curious Tale of Trials + Persons. Although neither the debut record nor its 2016 follow-up, Stillness in Wonderland, managed to hit the charts, Little Simz found supporters within the music community and spent the final stretch of 2017 opening for Gorillaz on the band's Humanz Tour. By the time Grey Area appeared in 2019, her profile had increased significantly, sending the album to the top of the UK R&B Albums chart. A critical success, Grey Area received nominations for "Album of the Year" from the IMPALA Awards, the Mercury Prize, and the MOBO Awards. Additionally, it was named "Best Album" at the 2020 Ivor Novello Awards. Flush with momentum, Little Simz returned in 2021 with a fourth album, Sometimes I Might Be Introvert, which peaked at Number 1 on the UK R&B Albums chart, Number 4 on the all-genre UK Albums chart, and cracked the Top 40 in Australia, Austria, Belgium, the Netherlands, Germany, Ireland, Scotland, and Switzerland. Additionally, "Introvert" — the album's first single — became an international hit, charting at Number 11 in Belgium.