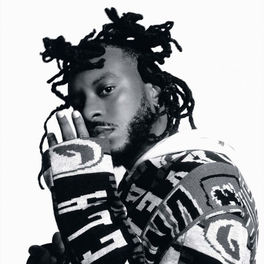 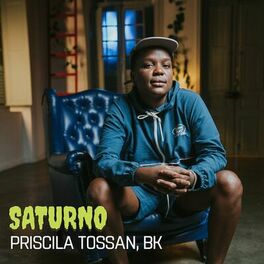 Filho do Fim do Mundo

Come Ride With Me

BK’ Abebe Bikila - aka BK’ - is part of the cast of Piramide Perdida label and member of the urban crew Bloco 7 His work presents an arsenal of senses, ways and histories to be absorbed. An artillery of rhymes, poetry and musicality with day by day views and street narratives that arise a natural identification from those who live in a reality built between Castles & Ruins (in a reference to "Castelos e Ruínas" Bk's debut solo album). Released in 2016, Castelos & Ruínas (Castles & Ruins, in a literal translation) - was nominated the best national album by Red Bull Music, album of the year by Genius Brazil and achieved more than 3.9 million views on YouTube. Conceptual, with great references and plenty of originality in its lyrics, flows and rhymes, the album's production is signed by El Lif Beatz, JXNVS, Sain and Gori Beatz. Also in 2016 BK' hit the road with KTT Zoo Tour - a project from Marcelo D2 and his son, Sain - that took the different rap generations to the stages of the main cities of Brazil in absolutely crowded concerts. 2017 started with the opening of the first Pusha T concert in Brazil, during the release of Pusha T and Adidas collab in São Paulo, and also with the Mos Def concert in Rio. Still during the first semester, the audiovisual EP "Antes dos Gigantes Chegarem Parte I" (Before the Giants Arrive Part I - in a literal translation), was released and reached impressive numbers on the streaming services. Running counter to market establishments, Part II was released on December 31st. Featuring Luccas Carlos, Akira and Juyé its videoclips surpass 12M views on YouTube and 2M streams on Spotify. 2018 was the year of "Gigantes" (Giants) arrival! The second solo record of BK' was released on the streaming platforms on October 31st. Featuring some of the greatest names on brazilian rap, such as Marcelo D2, Sain, Baco Exu do Blues, Akira Presidente, Luccas Carlos, KL Jay, Juyê and Drika Barbosa, and instrumentals signed by El Lif Beatz, JXNV$, Nave and Arit, "Gigantes" overcomes 32M streams only on Spotify. 2019 was a year of high flights to BK' starting with the launch of Gigantes Tour in two epic sold out nights in Circo Voador (RJ) and Nos Trilhos (SP). In April he crossed the Atlantic taking his rhymes to the Old World, including a sold out presentation in Lisbon. The last year of the decade also represented the year of the international music festivals to BK'. His performance on Lollapalooza Brazil main stage made history to the new brazilian rap generation. After performing at the 18th edition of João Rock Festival, September was time to premier as the headliner of Favela Stage in Rock In Rio - the greatest music event of the world. The year was also marked by the release of the single "O Show Nunca Acaba", that has already overcome 1.25M plays on Spotify and was added to Apple Music's playlist The Best Songs of 2019. And for those who thought that 2019 had already given all it could give, BK closed the decade with a long waited feat: "Sonho das Esquinas", with Filipe Ret, that already accounts more than 1M streams in less than 15 days from its release. 2020 promises to be intense for Abebe Bikila: third solo album, international tours and some very special projects on the way.