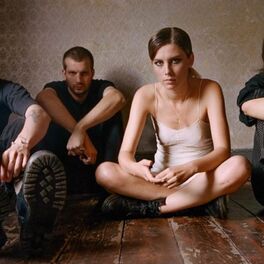 Visions Of A Life

My Love Is Cool (Deluxe Edition)

My Love Is Cool

Following a breathtaking start to 2015, which has so far taken in sold-out tours across North America, Europe and the UK, North London’s Wolf Alice are now set to follow the festival season with their biggest tour to date this September, including a homecoming show at the prestigious Brixton Academy on the 26th of September. The announcement follows the band sharing their new single ‘Bros’ - which fizzes and bubbles right from the off atop a frolicking drum beat and is an infectious ode to the elation that only truly great friendships can bring you; a euphoric moment dedicated to “everyone who’s ever had a friend, and for those who haven’t” - and comes ahead of the release of their debut album My Love Is Cool on June 22nd. From the enormous riffs of 'Giant Peach' to the muffled, urgent melodies of 'Lisbon' and hip-hop rhythms of 'Silk', My Love Is Cool is a masterful, explorative statement of Wolf Alice's multiple characters. Equal parts gigantic guitars and wistful, wilting beauty, My Love Is Cool is a timeless collection of songs that outweighs any preconceived notions of what Wolf Alice are, or can be. The ambitions of Ellie Rowsell (guitar/vocals), Theo Ellis (bass), Joff Oddie (guitars) and Joel Amey (drums/vocals) are now fully realised in stunning widescreen.