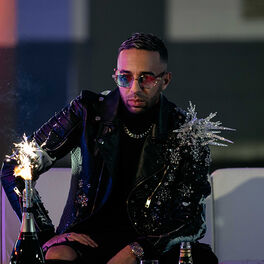 by AM La Scampia, Naps

Nabil Arlabelek, aka NAPS, began writing music at the age of 15 before going on to create the group Click 11.43. He later branched out on his own with his debut solo album 'Ma Ville & Ma Vie' (2015), followed by 'Pochon Bleu' in 2016 which peaked at number eleven in the French charts and includes the title track which featured 13ème Art, Graya, Kalif, Raisse and YL.

2018 saw the arrival of 'A l'Instinct'in' which reached number four and includes the single 'Recherché'. In 2019, he released single 'On est Fait Pour ça' with an album of the same name due to come out that year.