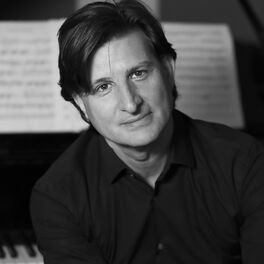 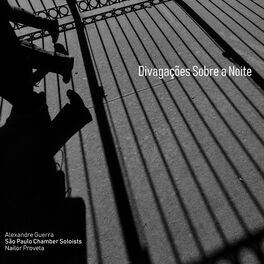 Alexandre Guerra is a composer, member of "Sociétaires Professionnels" (Sacem - France) and WSA (World Soundtrack Academy). His diverse musical interests allow him to be fluent in a wide variety of orchestral styles and formations that is present in his film scoring as well as in his original work, which is aimed at concert music. Guerra has a long-standing career as a composer of soundtracks for feature films, TV series and documentaries, to date he has contributed with the scoring for over 140 world-class productions. His original works are frequently performed by prominent artists and orchestras within and outside Brazil, such as The Budapest Symphony Orchestra, The Montevideo Philharmonic, The Brazilian Symphony Orchestra, The Santo André Symphony Orchestra, The Espírito Santo Symphony Orchestra, The Experimental Orchestra of Repertoire, The Sergipe Symphony Orchestra, The Guarulhos Symphony Orchestra and the Chamber Orchestras of Amazonas and Ouro Preto, among others. In 2021 his “Divagações sobre a Noite” was premiered at “Sala São Paulo” by the ensemble São Paulo Chamber Solosits and Nailor Proveta. His works “Fantasy for Guitar and Orchestra" and “O Mar como quem vê” were performed at the Municipal Theatre of São Paulo, interpreted by the guitarist Chrystian Dozza and mezzo-soprano Denise de Freitas. “Poems for Piano” were debuted by the pianist Christian Budu. In 2018, Alex was commissioned to compose a piece celebrating The Santo André Symphony Orchestra’s 30th anniversary. Invited by the maestro Laércio Diniz, Alexandre participates in 2019 on the "João Pessoa Symphony Orchestra" program, as a resident guest composer. On the Brazilian pop music segment, Alex has contributed with artists like Carlinhos Brown and Bahia Symphony Orchestra, Léo Gandelman and the Natal Symphonic Band, and, in 1994, was awarded Best Arranger for Instrumental Music for his contribution on the Album "Girassol" on the Sharp Music Prize for Brazilian Music. Guerra has eleven albums released, among them: "Longe..." was classified as the 25º on the 100 best albums in 2016, his "Ballet de Azul e Vento" was a finalist on the 26º "Prêmio da Música Brasileira", the most prestigious music prize in Brasil. Alexandre has been working in collaboration with well-known directors as Jayme Monjardim, Bruno Barreto, Pascal Cuissot, Sérgio Machado, Maurício Dias, Marcelo Machado, among others. His filmography as a composer features films as: “O Tempo e o Vento,” “The Violin Teacher” e “Vendedor de Sonhos” (finalists at the "Grande Prêmio do Cinema Brasileiro"), the prized documentaries: “Quem se importa?” and “New Species – The Expedition” and the animation “Brasil Animado”, first Brazilian feature film in 3D. The TV serie: “Maysa” (Rede Globo) and the international series: “The American Guest” (HBO), “Dino-Aventuras” (Disney), “Sauvés de l’extinction” (TV5 Monde), “Secret Brazil” (NatGeo), exhibited in more than 80 countries.