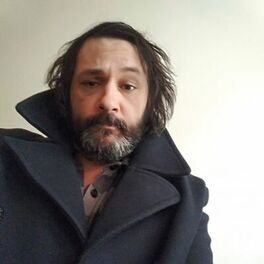 Busted With A Bag Of Bliss Remixes 2

Busted With A Bag Of Bliss

Busted With A Bag Of Bliss Remixes 1

THIS IS HOW WE DANTZE: Kollektiv Ost (DJ Mix)

THIS IS HOW WE DANTZE: Niconé (DJ Mix)

10 Years Of My Favorite Robot

by My Favorite Robot

The Native born Canadian, Sidney Sheldon Thompson aka Sid Le Rock has had a prolific career throughout the 16 years of his creative existence. In 2003, he made the overseas move to Germany. Currently he resides in Berlin, Germany. Already making a name for himself with the garnered success of his two prior albums releases under the monikers- Pan/Tone and Gringo Grinder, the new project addition as Sid Le Rock, allows him to explore various forms of electronic dance music. - In 2004, his debut as Sid Le Rock was sought after by Ladomat/Mute Records for the release of his highly acclaimed album "Written in Lipstick". With the contribution of steady international radio play, TV & Film, this brought upon international attention that launched his musical career to newer heights. With the success that came as Sid Le Rock, touring the World became a constant way of life for the continued development of his exceptional live performance. - 2006, his follow up album, "Keep It Simple, Stupid" released on Hamburg based label, Ladomat Records. In continuing with his singer / songwriter direction, this gave way to his vocal based hit- Naked. Due to it's tremendous success, it was later re-released with an instant classic remix by DJ Koze on both Cereal/Killers and Get Physical. - 2006, his Cereal/Killers (vinyl only) imprint was formed in partnership with Kompakt Distributions, allowing him the creative freedom to release an 11 part split concept series - under his Pan/Tone alias, which assembled a co-op of talented friends- Ada, DJ Koze, Gabriel Ananda, Gui Boratto, etc. - 2010, his 3rd album "Tout Va Bien" was released on the Berlin based label - Shitkatapult. - 2013 saw the release of his 4th album "Busted With a Bag of Bliss" on the Canadian based imprint- My Favorite Robot Records. This record was a welcome return to innocence & natural creativity that is deeply embedded in his voice & sound, all of which was inspired from his early works, hence with a modern creative touch. - 2009 - present. Along side long time friends -Metope & Fairmont, he co-founded Beachcoma Recordings. The trio run and operate Beachcoma as a means to release unique music that inspires them. - Present to Future. Sid Le Rock is as productive as ever, releasing his unique branded style of music on recent labels such as: Beachcoma, Hafendisko, MFRR, Nein Records, Dantze, Tenampa, and...on. His constantly evolving live performance or DJ sets is always true to the heart and self. He has had the privilege of remixing for highly acclaimed acts such as- Depeche Mode, Gui Boratto, Placebo & has been remixed by- Acid Pauli, DJ Koze, Gui Boratto, Fairmont, Tim Green, just to name a few.