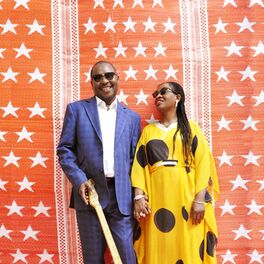 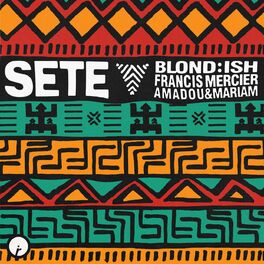 by What The Funk Is This Beat

Blind from the age of six, Mariam Doumbia met her partner Amadou Bagayoko at the Institute for Young Blind in Bamako in Mali in 1977. Strongly influenced by Jimi Hendrix, Amadou was already a guitarist of some renown playing in local clubs and hotels, often with the celebrated Ambassadeurs du Motel de Bamako. The couple married in 1980 and started performing as a duo with two voices and one guitar, moving to Abidjan in the Côte d'Ivoire to further their careers. There they made their first recordings in the early 1990s and, blending traditional Mali music with rock, started touring all over West Africa, their fame eventually reaching Paris, where they were offered a six month residency in an African restaurant. This led to further opportunities and in 1998 they released their first album recorded in Europe, Sou Ni Tile, which produced the French hit Je Pense A Toi. The great French singer Manu Chao discovered them, producing and collaborating on their 2005 album Dimanche à Bamako, which went on to become one of the biggest-selling African albums of all time and established the duo as international stars; with appearances at leading festivals all over the world from Lollapalooza in the US to Glastonbury in the UK. They even performed at the opening ceremony of the soccer World Cup in Germany. On Welcome To Mali in 2008 they collaborated with Damon Albarn and K'Naan and toured with the likes of Blur and Coldplay.