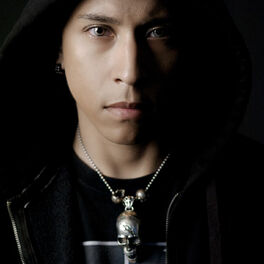 Bring It On - Instrumentals and B-Sides (Demo)

Your Body's Driving Me Crazy

Until You See Me Again

Ha·XxXo V·to·the·Z /hăxō v(to-the)z/ noun HaXxXo VtotheZ is an American music producer, songwriter and graphic artist. He was born in the Bronx, NYC and later went to Germany as part of the "Bridge to Berlin" program in high school. There he was exposed to techno and hardstyle for the first time and loved it. This along with many mainstream influences all affected the style of his music. He set his music goals aside for a bit when he joined the Marine Corps in 2004. In 2008, he left the military and began DJ'ing at some of the best nightclubs in San Diego and Las Vegas and later moved back to production. He is currently working on building several brands, creating content for Twitch and YouTube and working on his next studio album. Learn more about HaXxXo VtotheZ, HV^Z Studios and all other HV^Z Brands such as About Assault Bear Arms, Black Star Kachina, Designs by. Daddy, HeXxXuS_Bot, High-Speed/Low-Drag, Jypsy PLUR, Kids Should THRIVE, Push Even Harder, The Deviant Allure and V^Z on the Official HaXxXo VtotheZ Website https://www.HaXxXoVtotheZ.com and listen to new music, buy merch and more.