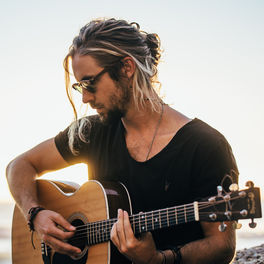 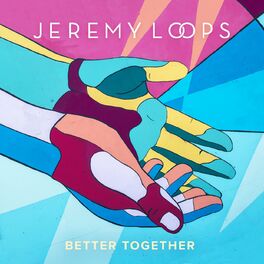 ‘Til I Found You

‘Til I Found You (Montmartre Remix)

‘Til I Found You (twocolors Remix)

Rocktober (The Best South African Rock Hits of All Time)

Jeremy Loops arrived on South Africa’s music scene with an unexpected commercial force, debuting at No. 1 on iTunes in 2014 with his debut album, Trading Change, topping radio charts, and quickly developed a cult following in his homeland. The album would go gold in South Africa, be crowned Album of the Year by iTunes SA, and win multiple awards including MTV Africa’s Best Alternative Album 2015. An environmentalist and avid traveller, Loops’ natural urge to explore unknown physical spaces extended to his music too, and soon he prioritised touring Europe and North America to test how universal his music really is. A cult live following replicating that in South Africa quickly emerged in Britain, Germany, the Netherlands, and Switzerland, with Trading Change charting in each nation. A support tour opening for Twenty One Pilots on their Blurry Face Tour came in quick succession, as did a sold out 30,000 ticket European headline tour of his own. With Trading Change being well-received, it was the live shows that won international audiences over. Relentless touring from early 2014 to the end of 2016 laid the foundation for the next level. In early 2017 Loops entered studio with Jake Gosling (James Bay, Lady Gaga, Shawn Mendes) and later that year with Will Hicks (Ed Sheeran, Lilly Allen, Bastille) to record his follow up album. Waves, the first single from the currently untitled project, is a woozy summer song, with Loops’ signature guitar licks, vocal turns, and ear for melody over world class contemporary production. The stakes are different now. His reach is further, his collaborators more accomplished, the opportunity is greater, and an expectant audience is anticipating new material. If Waves and The Shore are anything to go by, here’s a maturing, sophisticated musician preparing to see out his vision of taking his music global.