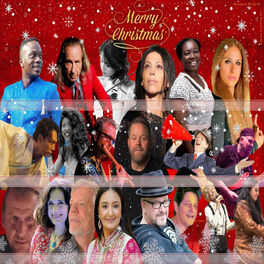 I Will Be Be Loving You Till the End

I Will Be Loving You Till the End (Instrumental Version)

I Will Be Loving You Till the End

You Are Worthy Jesus

BJ Sam, the only musician who has been able to successfully and repeatedly gather international vocalists and musicians from all the continents of the world to sing and perform together in different languages harmoniously for international projects, advertisement, broadcast, film and digital media. Pat Weaver, the Head of Production for Warner Chappell Production Music (WCPM), one of world's biggest music publishing company, was astonished after listening to his song "MerryChristmas" and said that Warner Music is interested in purchasing the material. BJ Sam was born in Nigeria and left the country when his music career began to bloom. His teeming fans around the globe fondly refer to him as “Sammy Wonder” because of his undeniably alluring and distinctive beautiful voice and plus his heartfelt lyrics. Over the years, BJ Sam has been strongly innovative, exploring new genres of music in each of his compositions while refusing to be fenced in by genre line. Consistently in the pursuit of making music that will be timeless and universal; bringing joy, melody, and brilliance to the universe which compelled the popular American film director Lloyd Kaufman and co-founder of Troma entertainment to personally select his song "Mon Amour" as the soundtrack for the Hollywood movie “Heart of Fartness.”. BJ Sam has written two books "Before the Sunrise" and "The Wonderful Gift of Music" which are available on Amazon. Youtube: https://youtu.be/FhzoB_24Tls Spotify: https://open.spotify.com/album/3tI476jlJdzxqU2KgxshI8 Yahoo news