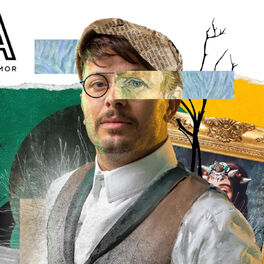 The Orient Beat Back

Hatim Ammor is a Moroccan singer-songwriter born in Casablanca on August 29, 1981 where he lives till now and where he got married to Hind Tazi in 2009. They have their first child in 2010. A passionate of oriental popular song, he tried his chance in many musical springboards, Noujoum wa noujoum in 2001, Super Star Lebanon and he participated at Moroccan music-reality program “Studio 2M” where we won in 2005, thanks to the vote of the audience. He recorded then his first title, Wala Marra, in duo with the Lebanese musician Marouane Khoury, followed by many other singles like Gouli and Nadani hodnik. In 2007, he signed a contract with a big Egyptian production company Alam Al Phan and he brought out his first album, Chabba, co-written by many names of Arab music (Samira Said, samo Zein, Hany Chakir). Hatim had, in parallel, a comedian career. After some apparitions in Egypt, he got, in 2009, a recurrent role in the Moroccan TV series Bent Bladi written, produced and played by the famous couple Aziz Saadallah and Khadija Assad, broadcasted on 2M channel. He played, too, the generic of that series composed by Nabil el Jay for lyrics and Mohamed Cherabi for music. Hatim Ammor says he is a fan of the great oriental singers like Abdelwahab, Abdehadi belkhayat or, too, Fadl Chakir. He serves his soft voice to romantic melodies drawing their inspiration from the everyday life, the orchestration of his songs are totally oriented towards modernity, never hesitating using electronic sonorities. Besides songs and comedy, Hatim Ammor shows a passion for soccer, a great fan of the Raja and Wydad teams of Casablanca, and for the Argentine soccer player of FC Barcelona, a two times Ballon d’Or, Lionel Messi.