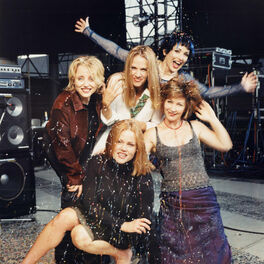 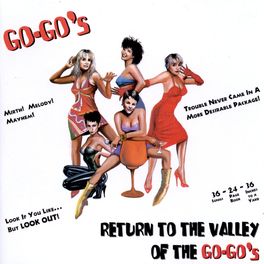 Return To The Valley Of The Go-Go's

Return To The Valley Of The Go-Go's

Beauty And The Beat

Swim with the Go-Go's

We Got The Beat (Karaoke Version)

Countdown To The New Year

A Flock of Seagulls

by Original Broadway Cast of Head Over Heels

Rising from the late 1970s Los Angeles punk scene, The Go-Go's partied their way to 1980s stardom with infectious blasts of all girl power pop. One of the first female rock bands to find major fame, they got their first break supporting Madness in 1980 before reaching Number 2 in the US with the huge hit We Got The Beat. Full of sunny, bittersweet guitar pop, debut album Beauty and the Beat (1981) shot to Number 1 in America as the band quickly earned a reputation for enjoying themselves and keeping up with the boys when it came to rock'n'roll excess. Follow-up album Vacation (1982) reached Number 8 in the US and Talk Show (1984) produced the hit Head Over Heels; but amid drug, alcohol and other problems, the band split in 1985. Lead singer Belinda Carlisle went on to a successful solo career (most noted for the hit Heaven Is A Place on Earth) and the group reformed temporarily in 1990 and 1994, before releasing fourth album God Bless The Go-Go's (2001). Despite a farewell tour in 2010, they plan to continue playing together.