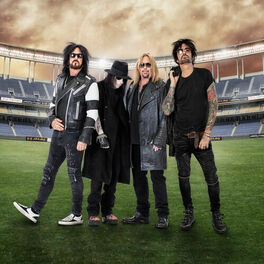 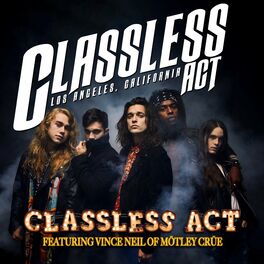 Shout At The Devil

Too Fast For Love

Welcome To The Show

As notorious tales of rock & roll excess and anarchy go, Mötley Crüe's lifestyle and outrageous behaviour became legendary through the 1980s but they went on to sell more than 40 million records worldwide, scoring major hit singles with 'Girls Girls Girls', 'Dr. Feelgood' and 'Without You', which resulted in huge successes for the albums 'Theatre of Pain' (1985), 'Dr. Feelgood' (1989) and 'Decade of Decadence' (1991).

With bassist Nikki Sixx battling drug addiction and guitarist Mick Mars suffering from a chronic form of arthritis, the band's popularity waned during the 1990s and grunge blew away the glam of the metal bands. Putting differences aside, the band reformed in 2004 for a reunion tour and released the successful compilation album 'Red, White and Crüe' (2005) and produced their first new album in eight years, 'Saints of Los Angeles' (2008). After celebrating their 30th anniversary with a co-headline tour with Poison, they announced a farewell tour for 2015 with their final concert being at the Staples Center in Los Angeles on New Year's Eve.

In September 2018, singer Vince Neil revealed that they were working on new material. The quashed the idea of a tour but confirmed that new music would appear and in 2019 their first new song 'The Dirt (est. 1981)' was released, accompanying the release of their biographical film 'The Dirt'.