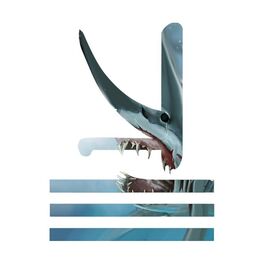 The Lion Across The Field

Over and Out (feat. Charlott Boss)

KSHMR is the stage name of the American-born DJ and producer Niles Hollowell-Dhar. His father emigrated from India to the US and Hollowell-Dhar was born in Berkeley, California in 1968. Whilst at Berkeley high school he met David Singer-Vine and the two friends formed the hip-hop duo The Cataracs and went on to have minor hits with songs 'Club Love' and 'Baby Baby'.

After a brief collaboration with Snoop Dogg, Singer-Vine announced he was leaving the duo and Hollowell-Dhar continued as a solo artist whilst retaining the name of the The Cataracs. By 2014 the original hip-hop style of The Cataracs had morphed into electro house rather than pure hip-hop and Hollowell-Dhar decided to define the new style by adopting a new name and thus was born KSHMR. Since going solo his career has continued to develop and he has become an influential and respected DJ and producer working in the house genre.