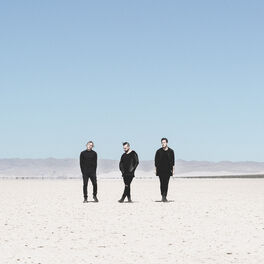 Be With You (Remixes)

You Were Right (Remixes)

Say a Prayer for Me (Remixes)

2013 saw Australian dance trio RÜFÜS rise from obscurity to the cusp of an international recognition awaiting the release of their debut album, ATLAS, an Australian chart hit. Written, produced and recorded by the band, between two DIY studios they built themselves. The first at a remote farmhouse on the NSW South coast. The second in a hollowed out water tank under one of their parents houses, ATLAS is their most sonically and musically accomplished release to date. At the forefront of a group of young Australian Indie Dance acts, RÜFÜS have garnered international recognition on the back of driving, catchy, danceable tunes, a killer live show, and a dedicated online following. They've racked up over 3.3 million views of their originals, remixes and edits on YouTube and released remixes & originals on tastmaking labels like Kitsuné (FRA), Continental (FRA) and Plant (NYC).