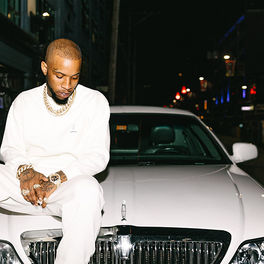 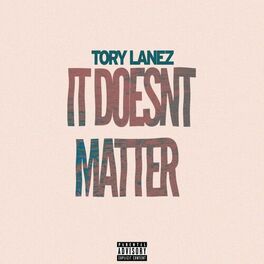 Racks to the Ceiling

Daystar Peterson (July 27, 1992), who goes by the name Tory Lanez, is a rapper and singer who was born in Canada but had a peripatetic childhood living in several American cities as his father was a traveling minister. Back in Toronto in his late teens, he began performing and garnered attention in 2014 for a mixtape titled Lost Cause. He released more mixtapes and in 2015 he featured on Meek Mill's track “Litty,” which went to Number 13 on Billboard's Rap Streaming Songs Chart, Number 14 on the Hot Rap Songs Chart, and Number 18 on the R&B/Hip-Hop Chart. Also in 2015, his track “Say It” reached Number 5 on the Hot R&B Songs Chart and Number 23 on the Hot 100. It featured on his debut album I Told You, which in 2016 went to Number 1 on Billboard's Top Rap Albums and Number 4 on the Billboard 200. He released two albums in 2018, Memories Don't Die, which went to Number 1 on the R&B chart and Love Me Now?, which topped the Rap Chart. That year, the single “Miss You” with Cashmere Cat and Major Lazer went to Number 2 on Billboard's Hot Dance/Electronic Songs chart. Subsequently, Tory Lanez issued his Number 1  fourth studio effort Chixtape 5 in 2019 and was later accused of shooting fellow rapper Megan Thee Stallion, an episode he addressed extensively on his follow-up album, 2020’s Daystar. In 2021, he made a tepid return with the album Alone at Prom, which peaked at Number 25 on the American R&B charts and Number 19 in Canada.