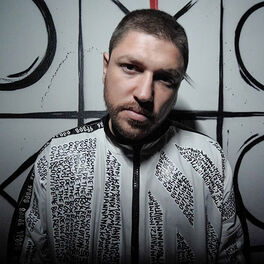 House Bless You By Quentin Mosimann

The Gifted One (The Remixes)

Live at Tomorrowland 2020 - Around The World (The Digital Festival)

MOSIMANN is the complete package: a dj-producer, singer, songwriter, The Voice TVhost and Double Gold–certified artist based between Paris and Zurich. A self-taught musician, he grew up looking up to the likes of Jean-Michel Jarre, Daft Punk or Laurent Garnier, pioneers who helped him shape his own sound and identity. Popular he is. He’s always taken great pride in bringing his passion for electronic music from the underground to the masses. Steadily climbing his way to the top over the past 10 years, he became a regular fixture from worldwide DJ Mag Top 100 and joined the ranks of the top 10 French DJs, growing a dedicated fanbase of 700,000+ on social platforms. His leitmotiv ‘Change your Mind’ is a testament to his unwavering dedication to redefine deejaying: on stage, sometimes on top of a 8-meters high metal structure and definitely moved by a boundless energy, he confidently delivers his set behind his turntables, drums, microphone and keyboards. He's as able to propose club tracks for memorable live DJ sets worldwide, as able to produce mainstream songs for live concert/media special sets, both styles signed by an electronic groove he'll never let go. Regarding mainstream songs, Mosimann is actually working on a brand-new album. An electronic project, in the tradition of M83, Emmit Fenn, French79 or Woodkid, he called several international artists to collaborate: Peter Cincotti, Coco Bans, Yadam, Jean Castel, Milla Brune, Leonie W'asukulu, Noé or Karina Ramage. Far from his usual House tracks for his DJ sets in clubs and festivals, the producer appears here as a trained musician with more organic productions, ubiquitous groove, funk, jazz, vintage pop and house: Mosimann is gathering all these influences around his large artistic spectrum. Worthy heir to FrenchTouch, this new album 'Outside The Box' cut in 2 EPs will present on stage a new live set combined with his artistic evolution. Basically, Mosimann is a real DJ-performer using his creative musician skills with perfection to appear today like an entertainment pioneer in the electronic music industry.