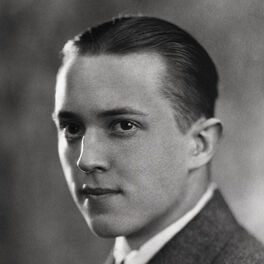 The Best of Bix Beiderbecke

The Best of Bix

Since My Best Gal Turned Me Down

In jazz circles, Bix Biederbecke is still spoken about in revered tones and his short life has been the subject of numerous books, TV dramas and films. The young cornet player from Davenport, Iowa had an influence on jazz out of all proportion to the length of his playing career. Tragically, during his life he was barely known outside the tight circle of jazz musicians with whom he interacted, and it was only after his death that his extraordinary talent was recognised by a wider audience.

After being expelled from the exclusive Forest Lake Academy in Illinois for a variety of indiscretions, Biederbecke, at the age of 19, moved to Chicago. He joined the Cascades band and then a year later began playing with the Wolverine Orchestra and it was with this ensemble that Biederbecke began his recording career. He left the Wolverine Orchestra in 1924 and after working for a period with Jean Goldkette, Biederbecke landed a job with The Paul Whiteman Orchestra, at the time the highest paid band of the day. In 1928 whilst playing with Whiteman, Biederbecke performed the solos on four number one records including 'Ol' Man River' featuring Bing Crosby on vocals.

1928 proved to be the pinnacle of Biederbecke's career and his health and his playing ability started to diminish from then on. During his short musical career Beiderbecke was plagued by drink problems which aggravated other health issues and he died from pneumonia in 1931 aged just 29.