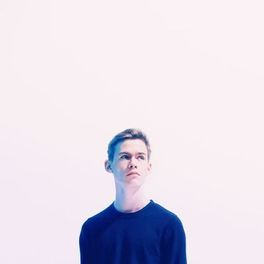 by Half an Orange

Electronic music artist WRLD might only have just recently graduated high school, but don’t let his youthful demeanor fool you for a second. WRLD, also known as David Lawson, produces with the musical versatility of a seasoned veteran, skillfully merging electronic with dance and pop. WRLD kicked off a fruitful partnership with Vancouver based record label Monstercat with successful singles ‘Triumph’, ‘You & Me’ with Laszlo and then ‘Orbit (feat. Richard Caddock)’ in 2014, both featuring on Monstercat’s 018 - Frontier compilation. He also cemented himself as a part of the ever-growing online SoundCloud collective Moving Castle with an appearance on their third compilation. With his next releases, David ventured beyond his signature ‘future bass’ sound towards indie dance and nu-disco. Compiled on the ‘Chase It’ EP and released on Monstercat, it crossed millions of plays on SoundCloud and secured a #24 iTunes chart position. His musical experimentation continued with the iconic single ‘Fighter’, a powerful vocoder driven indie dance single, demonstrating his technical development and incorporating influences from the likes of Daft Punk and Justice. Having started music production at the tender age of 11, his full range of inspirations runs broad: from the aforementioned classics, to his all-time favorite Owl City. WRLD’s interesting because he isn’t afraid to look for the intersection of electronic music and pop. For him, that’s where the magic is. WRLD loves his vocals and the ‘Awake EP’ on Monstercat shows the full spectrum. It’s pop yet dance, future and funky. ‘Galaxies’, out on NestHQ / OWSLA, displays the more pop-influenced side, with Father Dude singing “I wonder how this looks from other galaxies…”. Prolific as he is, he returned to Monstercat with ‘By Design’, an experimental drum and bass record, released just before embarking on his debut international tour. The latest single ‘Hideaway’ on Heroic saw him return to indie dance, while capturing his first Hype Machine #1 in the process while achieving over 2 million Spotify streams. WRLD’s also debuted his live tour in March 2017 hitting 12 dates across North America alongside fellow live act SMLE on their joint Stranded Tour. Together, they put out the melodic future bass release “Stranded” on Heroic which achieved over 1 million streams on SoundCloud and Spotify while once again showing WRLD’s seamless ability to transition genres release after release with ease.