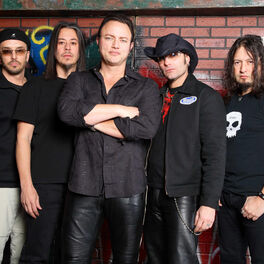 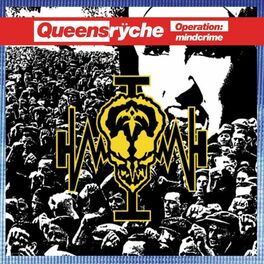 Mindcrime At The Moore

The Best Of Queensryche

The Best Of Queensryche (Rarities)

The Best Of Queensryche

One of the biggest bands of the 1980s and '90s, Queensrÿche took heavy metal into the mainstream with albums 'Operation: Mindcrime' (1988) and 'Empire' (1990). They were originally formed by guitarists Chris DeGarmo and Michael Wilton, who had both previously played in metal covers bands but wanted to concentrate on their own material. Originally calling themselves The Mob, they recruited Geoff Tate as lead singer with Eddie Jackson on bass and Scott Rockenfield on drums, releasing their first EP 'Queen of the Reich' in 1983. It won them a major label deal with EMI and early albums 'Queensrÿche' (1983), 'The Warning' (1984) and 'Rage for Order' (1986) plus support tours with Metallica and Bon Jovi continued their momentum.

It was the ambitious 'Operation: Mindcrime', however, featuring orchestral arrangements from Michael Kamen, which captured the public's imagination and turned the band into front-line stars. Follow-up album 'Empire' broke into the US top ten, selling over two million copies, and included the hit single 'Silent Lucidity' which reached number five in the US charts. Follow-up 'Promised Land' had two more hits 'I Am I' and 'Bridge' before the group returned to basic rock with 'Hear in the New Frontier' (1997). Mass success eluded them at the turn of the century, but they continued to record and tour through the 2000s, following up their classic 'Operation: Mindcrime' with 'Operation: Mindcrime 2' in 2006 and in 2009 they released concept album 'American Soldier'.

'Dedicated to Chaos' came in 2011 followed by Tate's departure along with his wife as band manager. As Tate moved on to solo work, the remaining members of Queensrÿche formed new project Rising West. Former Crimson Glory frontman Todd La Torre came on board as lead singer and, after a lengthy legal battle with Tate, Rockenfield, Wilton, Jackson and La Torre were named the legal owners of the Queensrÿche name.

In July 2015 the band revealed a clip of new song 'Arrow of Time' taken from their new album 'Condition Hüman' which was released later in the year. After they toured North America with German rock band Scorpions, they released more new material in the shape of 'The Verdict' in 2019, becoming their 15th studio album.