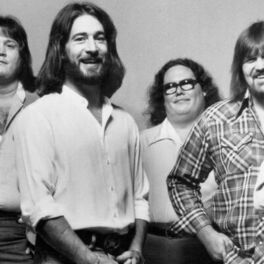 Work at Home With ARS

A Rock & Roll Alternative in Concert

This Is Atlanta Rhythm Section

The Best of Atlanta Rhythm Section

The Very Best of the Atlanta Rhythm Section

Much More Than Rhythm - [The Dave Cash Collection]

With their blue-eyed soul and twanging Southern rock, Atlanta Rhythm Section scored a string of hits in the 1970s and remains a stalwart of the US music scene after 30 years. Originally formed from former acts Classics IV and the Candymen, ARS became the house band for music entrepreneur Buddy Buie's Atlanta recording studio, and started writing and recording their own material between sessions. Led by guitarist Barry Bailey, the band hit their groove when early albums Third Annual Pipe Dream (1974) and Red Tape (1976) started to gain airplay from local radio stations. With a growing following in the South, their big breakthrough came when single So Into You shot to Number 7 in the charts and album A Rock And Roll Alternative (1976) made it to Number 11. They played over 250 shows a year with the likes of Lynrd Skynryd and Bob Seger, before finding huge success with million-selling album Champagne Jam (1978) and their biggest hit Imaginary Lover. Invited to play at the White House for President Jimmy Carter in 1978, the band received critical acclaim for Underdog (1979) and The Boys From Doraville (1980), but the hits dried up and tastes changed towards punk rock and disco. Still performing together, ARS were inducted into the Georgia Music Hall of Fame in 1996 and influenced artists such as Shudder To Think and Travis Tritt.