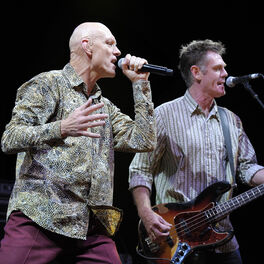 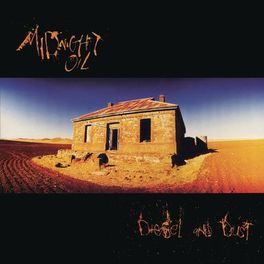 Red Sails In The Sunset

Place Without A Postcard

Best Of Both Worlds - Oils On The Water

One of Australia's most important bands who also made a significant impact in other parts of the globe, Midnight Oil's powerful political songs still carry much weight. Originally formed by drummer Rob Hirst, bass guitarist Andrew James and lead guitarist/keyboard player Jim Moginie as Farm in the early 1970s, they took coherent form as Midnight Oil (drawing the name out of a hat) when Peter Garrett joined as lead singer after completing his law degree. They gradually evolved into a powerhouse band famed for intense live performances and committed socially aware songs. They released their self-titled debut album in 1978 and went on to have a string of Australian hits, notably Power & The Passion, The Dead Heart, Blue Sky Mine and Beds Are Burning - a 1987 song about giving land back to native Pintupi tribes, which also became a Top 10 hit in the UK, Canada, South Africa, Holland and France. Deeply involved in various causes, notably anti-nuclear campaigns, environmental issues and the problems of indigenous native Australians, the group played numerous benefit concerts and were consistently anti-establishment. Garrett quit the band in 2002 to concentrate on a political career (going on to become an elected MP and government minister) and Midnight Oil disbanded, though they reunited for a charity event in 2009.