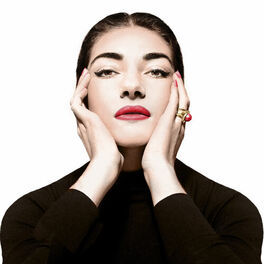 Callas in Concert - The Hologram Tour

Universally recognised as one of the greatest soprano singers of all time, Maria Callas was also one of the ultimate divas, a singer of unique passion and theatricality who took on most of the big operatic roles. Her fame stretched well beyond opera into mainstream society as a result of an infamous temper and a colourful private life, including a long relationship with Greek shipping magnate Aristotle Onassis, who left her to marry President Kennedy's widow Jackie.

Born into a family of Greek immigrants in New York, she moved to Athens in her teens after her parents split. When her extraordinary vocal talent started to become evident, she studied at the National Conservatoire where she was discovered and mentored by Spanish soprano Elvira De Hidalgo. She made her public debut in Greece in 1941 and a year later took the lead role in 'Tosca'. In time she returned to perform in America and also made her mark in Italy performing 'Norma' in Florence, an opera that became indelibly linked with her; she eventually performed it 89 times during her career. She made her London debut with fellow soprano Ebe Stignani at the Royal Opera House in 1952 and her first commercial recordings of the operas 'I Puritani', 'Cavalleria Rusticana' and 'Tosca' from La Scala in Milan were released in 1953.

Despite bad press surrounding her tantrums and demands and the public's fascination with her unpredictable lifestyle, her passionate performances ensured her reputation as the greatest soprano of her time, while she also had a brief, ill-fated film career in the movie 'Medea'. Extreme dieting resulted in dramatic weight loss which also led to critics suggesting the power of her voice had declined as a result. She was short-sighted but for reasons of vanity refused to wear glasses, annoying conductors because she was unable to see their instructions.

She went on to teach at the Juilliard School in New York and gave her last performance in Sapporo, Japan in 1974. She passed away in Paris following a heart attack, aged 53, in 1977.