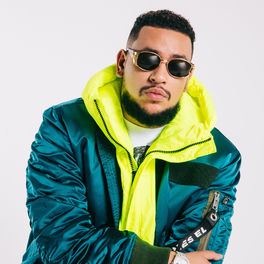 Be Careful What You Wish For

Be Careful What You Wish For

by AKA, One Way

by AKA, Stogie T

The World Is Yours

Sessions At The Crib

by Sliqe, AKA, Yanga, JR

AKA, the man who calls himself “The Supa Mega" has spent the past six years pushing the boundaries of African hip hop with a series of killer singles and albums. When the continent stops to listen and vibe to the new music he drops, the buzz is more than justified. Singles that are currently heating up the charts are "Fela in Versace"; "Sweet Fire"; "All Eyes On Me" "Don't Forget To Pray"; and "Jika". "The first single "The World Is Yours" off the latest album was nominated for Record of the year at the SAMAs - the award show he decided to boycott. Through his third studio album, the South African musician aims to show that blood is thicker than watered down tracks. Called "Touch My Blood" , this album is an honest reflection of AKA's music and personal evolution. As a way to connect with his supporters on a deeper level, on this latest offering, the multi platinum winner takes listeners on a journey through his life. The self released "Touch My Blood" which is now certified 2x platinum, was certified gold in South Africa in 7 days - the fastest selling hip hop album in South Africa. The sophomore album "Level" is a platinum selling album. AKA received global recognition through the success of this album with award nominations reaching the UK and the United States. The Johannesburg rapper’s third album represents a brave step forward in African music. #TouchMyBlood incorporates up-to-the-minute production and oozes authentic South African lyrical references but still retains its hip-hop credibility. Today AKA has built a personal brand that everyone seems to want a piece of. He has endorsements, he’s hosted awards shows, presented sport on TV, he pervades social media and he performs almost almost weekly at festivals across Africa. The Supa Mega has also partnered with Cruz Vodka to take the brand to the world - which has seen more than 700% increase in sales since his involvement as the face of the brand