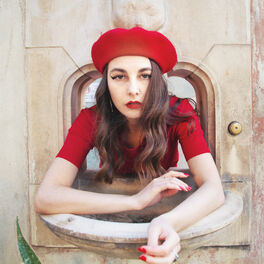 "Mixing electro-pop production with a smooth and sensual aesthetic, 'Wild Sea' acts as the perfect introduction to the frontwoman's latest work. Following in the footsteps of other alt-pop heroines such as MØ and Robyn, this latest offering showcases her as one of the most promising new acts to emerge in recent times." -Mystic Sons Lara Snow painted a picture of the life she wanted to live. A soft, melancholic sight, built out of gentle and yet vibrant colors. A creation that forms a connection between a glamorous and forgotten time and prosaic feelings that exist in all of us. In 2017, following a successful headline tour in Germany Lara relocated to Berlin to focus on songwriting and production of new music. Lara spent her first Berlin winter self-reflecting and translating her deepest emotions into words and melodies, while trying to decipher what echo she would like to send out into the world. It was a new era for her, the first time she lived overseas - and while Berlin was overflowing with new arts, cultures and opportunities, Snow felt lonesome and found herself in search for home. Eventually, she found that home in her writing. During this Berlin winter Lara Snow wrote a handful of pop songs, unburdened by the constraints of time and place, while holding to the standard of the most exciting contemporary productions in Electro-pop music. Snow's Debut EP 'Delete Forever' is out now.