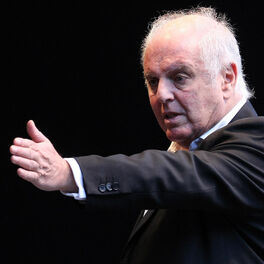 The First Steps to Glory

Mozart:Concerto No. 2 in D Major for Violin and Orchestra, K. 211 & Other Works (Remastered)

Daniel Barenboim is a world renowned classical conductor notable for his spontaneous style who has been artistic and musical director of major orchestras in several countries including the United States, Germany and Israel. Celebrated for his performances and recordings of works by the core classical composers such as Bach, Beethoven, Mozart and Schubert, he has also conducted the music of Brahms, Chopin, Tchaikovsky and Wagner.

Born in Argentina of Ukrainian Jewish descent with citizenship now in Palestine and Spain, Barenboim learned music from his parents and played his first recital aged seven. His parents moved to Israel in 1952 and after further study there he went to Austria to study conducting. He made his debut as a pianist in Vienna in 1952 and also played in Rome, Paris, London and New York with conductor Leopold Stokowski. He toured extensively and made his conducting debut with the English Chamber Orchestra in 1966.

Subsequently, he conducted the Orchestre de Paris, the Chicago Symphony Orchestra, and the Berlin Staatskapelle and he has been music director of the Berlin State Opera and principal guest conductor of Milan's La Scala opera house. He has conducted the Metropolitan Opera in New York and the Vienna Philharmonic and appeared at the Bayreuth Festival, the Israel Festival and the BBC Proms in London.

Outspoken in his belief in a two-state solution for the Palestine/Israel dilemma, Barenboim has been the centre of controversy in Israel not least for his performances of works by Richard Wagner, who was known as a favourite of Adolf Hitler. The maestro's private life also caused a stir due to his relationship with Russian pianist Elena Bashkirova, whom he married shortly after the death in 1987 of his first wife, English cellist Jacqueline du Pré. He continues to perform and record and appeared at the Proms in July 2017 with the Staatskapelle Berlin performing Elgar's 'Second Symphony'.