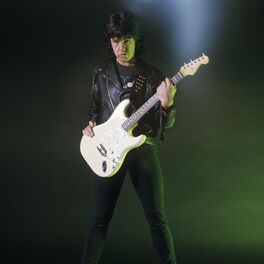 Bad For You Baby

Back on the Streets

Power of the Blues

Live At Monsters of Rock

Sunshine Of Your Love - A Life In Music

by The Traveling Wilburys

The Best Of Cozy Powell

Around The Next Dream

Born in Belfast, Gary Moore took an interest in guitar rock in the 1960s, eventually moving to Dublin to join local rock outfit Skid Row. The group originally included Phil Lynott who went on to form Thin Lizzy, and after opening for Fleetwood Mac, so impressed was guitarist Peter Green that he helped the young band secure a contract with CBS Records.

After several singles and albums, the group's failure to break into the big time resulted in Moore leaving in 1972 to form his own group The Gary Moore Band. He briefly hooked up with Thin Lizzy before settling down on studio work and a brief spell in prog-rock group Colosseum. Moore released solo album 'Back On the Streets' which finally garnered him a top ten single in the UK with 1979's 'Parisienne Walkways'.

However, reuniting with Thin Lizzy, Moore worked on 'Black Rose', which became a massive hit in the UK, but it wasn't long before Moore left the band after a bust-up with Lynott. The 1980s saw Moore's solo career take off and the '90s had him veer towards the blues scene.