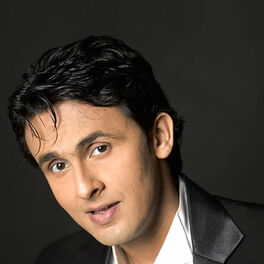 Know Who You Are (Rag Bilavel)

Starting his career as a playback singer performing songs which were used in Bollywood movies, Sonu Nigam has become one of India's biggest and most influential modern pop stars, collaborating with Britney Spears and David Guetta. Born in the northern city of Faridabad, Nigam's father was a local singer and during one of his musical theatre shows a four-year-old Sonu joined his father on stage to sing a song by his hero Mohammed Rafi.

Making his first film appearance as a child star in 1983, he studied classical Hindustani music under the guidance of Ustad Maha Kanjar Naveed and in his teens performed at weddings and in talent competitions held in Delhi. When Nigam was 18, he and his father headed to Mumbai where he would sit outside the offices of movie producers for several hours each day until he had a chance to audition for them. At a time when there was no real Indian music business, Nigram was desperate to succeed as a playback singer like his idols Kumar Sanu and Lata Mangeshakar, and he continued his traditional music studies with Ustad Ghulam Mustafa Khan before eventually impressing music and movie producer Gulshan Kumar of T-Series Records.

His breakthrough came when his soundtrack work for the Bollywood film 'Bewafa Sanam' led to the hit radio single 'Accha Sila Diya' in 1995 and Nigam went on to record thousands of tracks in ten different languages for Indian movies and host the popular television variety show 'Sa Re Ga Ma'. He was one of the first playback singers to crossover onto television, and by the late 1990s he had started listening to George Michael, Whitney Houston and Michael Jackson and incorporating Western styles into his repertoire, scoring hits such as 'Sandese Aate Haine' from the film 'Border' and 'Yeh Dil, Deewana' from 'Pardes'. He gradually evolved into an experimental artist and established himself as an all-round I-pop star when his 1999 solo album 'Deewana' became one of the biggest selling records of the era. As MTV arrived in India, Nigam released successful albums 'Jaan' in 2000 and 'Chanda Ki Doli' in 2005, before touring the UK for the first time with the City of Birmingham Orchestra and teaming up with music director Deepak Pandit to create an orchestral Indian-pop crossover on 'Mildly Classical' in 2008.

Over the years Nigam also appeared regularly as a judge on TV talent shows such as 'Indian Idol' and 'STAR Voice of India' and occasionally turned his hand to acting; in 2011 Britney Spears recruited him to feature on a re-mix of her single 'I Wanna Go'. He also crossed into electro-dance music when he teamed up with Avicii on 'Indian Levels' and with DJ David Guetta and British-Asian songwriter Jay Sean on 'The One' and released his first English-language song 'Hall of Fame' in 2018.