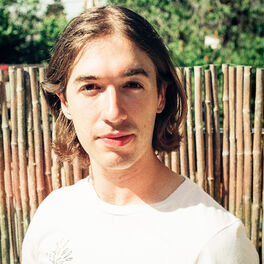 A Four-Way in the Heart of the West End

Don't Miss Me (feat. Will Clements)

by William Chernoff, Will Clements

emotional but happy jazz that helps you forget you're overwhelmed. FACTOR-funded William Chernoff is a Canadian jazz bassist who presents all-original music. Based in New Westminster, BC, Will has played both upright and electric bass since 2010. He currently performs in a trio with Francis Henson on guitar and Carson Tworow on drums. Will released his first album, Aim to Stay, in October 2020. The album earned airplay on CBC’s Saturday Night Jazz, CKUA’s A Time For Jazz, and Jazz Boulevard; as well as coverage from the Vancouver Sun, All About Jazz, and more international media. Will’s recent performances include the 2nd Floor Gastown and the Fort Langley Jazz Festival. He has also played at the Vancouver venues Tyrant Studios, Tangent Café, and Jazz at Presentation House. Reviewers often note the influence of Bill Frisell on the mood of Will’s music. However, Will is also known for funky fusion that recalls the aesthetics of the 1970s, as heard on his most popular track “Lutin” — recorded in Vancouver by David Sikula.