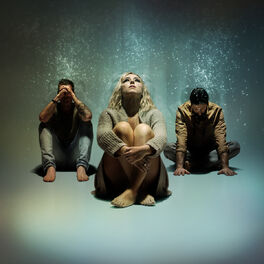 Weight of My Sin

I Can't Feel It

The L.A.-based East of June's music reflects a truly cooperative process, where all three members contribute production and instrumentation for their genre-bending music. The band features vocalist Emily Rath, bassist Dirk Lance (founding member of Incubus), and guitarist Kyle Mortensen. Overall, the trio's songs reflect a shared love for '70s and '80s production, but also a desire to keep their songs firmly grounded in the present. That larger-than-life feel is evident in East of June's propulsive single "Rebel," which starts with sinewy bass and percolating keyboards, and crescendos into a chorus full of stomping electric guitars. “I was pleasantly surprised that our songs ended up sounding like Stevie Nicks singing for Daft Punk" Lance says. In a nod to their eclectic and ambitious tendencies, East of June plan to unveil their music one single at a time, and pair each individual tune with tailored visual aesthetics. "Each song will be its own art project," Mortensen explains. "All the creative and visual expression is going to be as unique as the song itself." The band also plans to release acoustic or remixed versions of these songs, which show off the sturdy foundational arrangements. Perhaps unsurprisingly, the trio's songwriting has also evolved, and the musicians are now in a creative groove of sitting in a room and writing songs together. "There's no ego with anybody," Rath says. "It just feels like, 'Okay, let's figure out what's best for the song.' And if someone says, 'I don't like that,' then we’ll shift gears and figure out what we do like, so we're all happy about it.' There's a real passion to make sure everyone is happy with everything we're doing and everybody keeps each other in the loop. I feel like it's a very equal playing field. We're all in it for the right reasons."