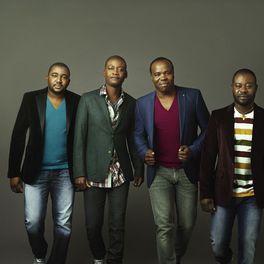 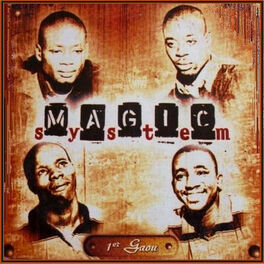 Formed in the working class district of Anoumabo in the port city of Abidjan, school friends A'Salfo, Manadja, Gouda and Tino lit up the local clubs with their melting pot of dancehall grooves, rap swagger, rave joy and rai folk wails, growing in popularity when their albums 'Papitou' and 'Premier Gaou' spread across West Africa. Thanks to bootleg cassette tapes and underground pirate radio stations, they also became part of the soundtrack of the Parisian suburbs, and a dance remix of single '1ere Gwaou' went on to reach number four in the French charts and become one of the biggest Afro-Paris pop anthems in years.

Other big top ten hits included 'Bouger Bouger', 'Zouglou Dance - Joie De Vivre' and 'C'cho, Ca Brule' featuring New York rapper Big Ali, before they teamed up with Algerian singer Khaled and topped the French charts for the first time with 'Meme Pas Fatique!!!' in 2009. Their platinum selling 2011 album 'Toute Kale' was another big landmark for the band and produced the hit anthem 'Cherie Coco' and by addressing a wide range of social issues in their songs including abortion, peadophilia and war, they became unofficial spokesmen for their community and helped set up FEMUA, the Ivory Coast's first international music festival. They went on to celebrate 20 years together with the album 'Ya Foye' in 2017, and front man and chief lyricist A'Salfo was made an Officer of the Ivorian Order of Merit and named a cultural ambassador for reconciliation by the President of the Ivory Coast.