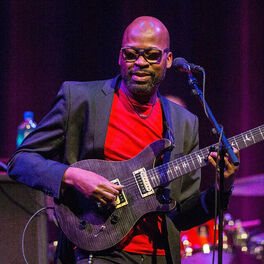 Beauty of the night

Love Will Find A Way

Our Point Of View

Lionel Loueke is an internationally acclaimed West African jazz singer and guitarist who played drums as a child growing up in Benin but turned to the guitar as a teenager. He studied at the National Higher Institute of Arts and Cultural Action in Abidjan, Ivory Coast, and the American School of Modern Music in Paris, France before going to America in 1999 to study at Boston's Berklee College of Music and the Thelonious Monk Institute of Jazz programme at the University of Southern California.