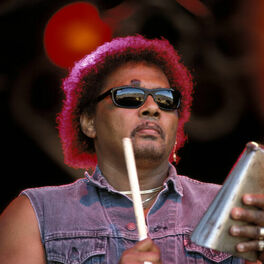 Get Your Funk On!

A Date with Aaron Neville

Masters Of The Last Century: Best of Aaron Neville

My Ireland with Hozier

Aaron Neville is a celebrated soul, blues and R&B singer from New Orleans who has performed with the Neville Brothers and had many hit recordings including collaborations with Linda Ronstadt. His first big single in 1966, 'Tell It Like It Is' topped Billboard's R&B singles chart and went to number two on the Billboard Hot 100. 'Everybody Plays the Fool' (1991) topped Billboard's Adult Contemporary chart and hit number eight on the Hot 100. 'Don't Take Away My Heaven' (1993) peaked at number four on the Adult Contemporary chart and 'Crazy Love' with Robbie Robertson reached number 25.

His 2000 release 'Devotion' went to number seven on Billboard's Gospel chart, 'Believe' (2003) reached number two and 'Christmas Prayer' peaked at number three. His 2003 recording 'Nature Boy: The Standards Album' topped Billboard's Jazz chart. Compilation albums include 'Greatest Hits' (1990), 'The Very Best of Aaron Neville' (2000) and 'Gold' (2008). His 2020 schedule was to include appearances at venues in California.