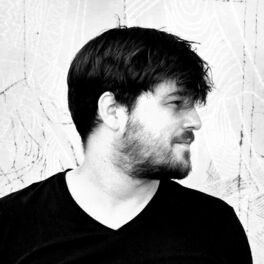 Flemish composer Kevin Imbrechts, the artist at the helm of Illuminine, deftly blends neo-classical with post-rock influences. After the latest album “#3” was mixed at Studio Sundlaugin (Sigur Ròs), one can certainly see connections between the two bands - but the music Imbrechts makes here is something precious and distinct of its own.. Earlier works have drawn comparisons with Nils Frahm, Bon Iver and Ólafur Arnalds, although Imbrechts admits that he is more influenced by the avant-garde enigma Buckethead. It's impossible to give Illuminine's hypnotic third album anything but our full attention - instantly we are sent journeying deep into an ambient ocean of waking dreams and melancholia, softness and pain, a gentle, sweet, slow confusion that tangles and untangles like the weeds in the waves. There is no way back – only through.