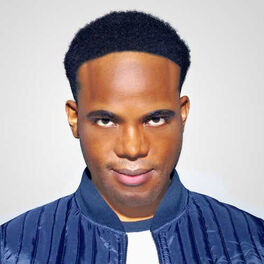 Marcellus Long is a new artist on Deezer who began his internet music career by uploading cover songs from his webcam. Whether he's belting out a cover of a top 100 Deezer song, or gracing the mic with an original tune, Marcellus keeps the fans wanting more. Born in Houston, Texas, Long is a graduate of Boston’s prestigious Berklee College of Music. Marcellus’ dream of becoming a professional singer would go on to ignite a thrilling turn of events when Long went from recording webcam covers in his tiny bedroom, to the grand stage at STAPLES Center in LA after he caught the attention of the Los Angeles Lakers organization. Long released a song called "The Price of Fame" on social media, which then garnered radio airplay in North America's southwest market. The single was reissued in 2019 under the singer's own record label and a follow-up EP is in the works.