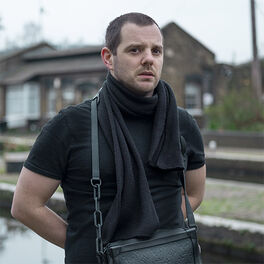 None Of Us Are Getting Out Of This Life Alive

The Hardest Way to Make an Easy Living

A Grand Don't Come for Free

Take Me as I Am

Who's Got The Bag (10 Years of Eats Everything Reebag)

Who's Got The Bag (21st June) (Seth Troxler's Babaloop Remix)

Who's Got The Bag (21st June) (Patrick Topping Remix)

Take Me as I Am (Walker & Royce Remix)

by Chris Lorenzo, The Streets

by Kenny Allstar, The Streets, Not3s

A Glass of Water 2

by The Rock Masters, The Rock Heroes, Indie Rock

Offering a distinctly British take on hip hop, Mike Skinner's (aka The Streets) lager-swilling social commentary, humour and honesty melded garage, rap, punk and dub into brash, swaggering portraits of youth culture. Equally popular with urban, indie and pop fans, debut album Original Pirate Material (2002) introduced Skinner as a razor-tongued urban poet telling tales of binge-drinking party nights. Working around the concept of Skinner searching for a mislaid £1,000, follow-up A Grand Don't Come For Free (2004) shot straight to Number 1 in the UK and produced the smash hit singles Fit But You Know It and Dry Your Eyes. Established as one of the UK's most popular and respected stars, The Hardest Way To Make An Easy Living (2006) gave him another Number 1 album, with the hits When You Wasn't Famous and Never Went To Church, before fourth album Everything Is Borrowed (2008) showed Skinner in a more contemplative, peaceful mood - trying to purge himself of the excess and indulgence. Artist biography compiled by BDS/West 10. All rights reserved