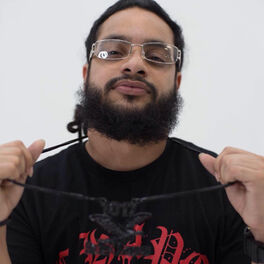 DJ/Entertainer, Alex “DJ WildChild” Gort Is From Miami, Florida But Raised In Lake Placid, Florida & Currently Resides In Daytona Beach, Florida. Wildchild originally Started DJ’in in 2005 But Did Not Take It Serious Until He Received A Football Scholarship To Bethune-Cookman University, Thats Where He Met Cedric Brown; The Owner of Wil’in Entertainment in 2009 & Thats when his life changed. He Started As A Promoter & Ended Up Being The Main DJ For The Company. He has DJ’ed All Over The World In The Last 9 Years, Puerto Rico, Bahamas, Jamaica, Cayman Island Are a Few Just To name. He Is also Affiliated With a Travel Company Called SET Network Where He DJ Events Such As Essence Festival In New Orleans & Urban Ski Weekend In Tennessee. He Is Capable To Perform In Any Type Of Event, Genre Wise. He Is Also Affiliated With Waka Flocka’s Company “BrickSquadMonopoly” He Has Mixtapes That Toped Some Serious Numbers All Over The Internet. His Skills Are So Unique & Impeccable You Really Have To Pay Attention To The Way He Blends & Mixes. He Consider Himself As A Trick DJ As Well As A Great Blender; Overall He Is An Entertainer That Knows How To Get The Audiences Attention.