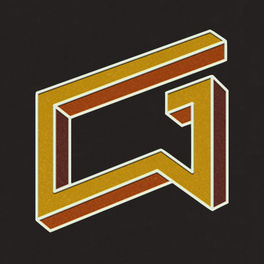 The Age of Reason

by The Geek x Vrv

Denis Jasarevic, who goes by his stage name Gramatik, is an electronic artist, musician, and producer based in the United States who is originally from Portorož, Slovenia. His styles and influences are mostly a blend of dubstep, electro, trip hop, hip hop, and glitch. From early on Jasarevic loved music. Stories from his childhood have him listening to his sister’s cassette tapes of American funk, jazz, and blues at an early age. As he grew up, he became enthralled by American hip hop artists like RZA, Dr. Dre, and DJ Premier. Gramatik has released 8 albums, 3 EPs, numerous singles and remixes and was nominated for European MTV Music Award in 2014. In 2013 he established his own record label, Lowtemp, allowing him to further realize his idea of music being a free medium. Soon after the launch Lowtemp started signing aspiring artists from US and Europe. Following a long history of file sharing with his music, Gramatik released the The Age Of Reason LP and his entire discography in partnership with BitTorrent. Gramatik’s music continued to spread through the web, making him 3rd most downloaded artist on BitTorrent in 2014. 2014 was a breakthrough year for Gramatik in Europe where he gained the level of attention he has seen throughout North America. On his two worldwide tours in support TAOR and the LYM campaign, he performed to many sold out crowds including Paris, New York, Chicago, Amsterdam, Red Rocks in Colorado and huge crowds at major festivals like Lollapalooza, Austin City Limits, Ultra, Secret Garden Party, Outlook, Dour and Glastonbury. 2015 was another banner year for Gramatik with festivals like Coachella, Bonnaroo, BUKU, Hangout, Electric Forest, Electric ZOO, Decadence, Sonar, Rock En Seine, Sziget Festival and more. He completed a three-month world tour with numerous sellouts around the globe, he was featured on CNN in a pivotal interview with award-winning journalist Lisa Ling, and premiered his latest single "Native Son" on stage at Coachella, joined by legendary Wu-Tang Clan member Raekwon. His remix of Eric Krasno's "Torture" was featured in Narcos, the five-star Netflix Original Series, while his independent film, The Condor, was released via BitTorrent and has downloaded over one million times since May. With new U.S. Winter 2016 tour dates announced, Gramatik is already on pace to make the coming year even bigger than the last.