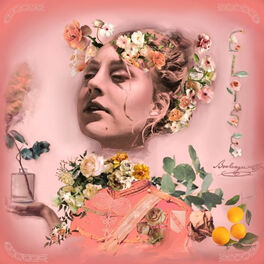 It Started in the Garden

Elise Boulanger is a sweet darkness wrapped in orchestral instrumentation. Hailing from Nanaimo (Snuneymuxw), Canada, this bilingual Chamber-Folk-Pop artist completely captivates audiences with her haunting avalanche of a voice. She creates cinematic dreamscapes influenced by nature, her classical training and artists like Regina Spektor, Patrick Watson, Franz Schubert and Radiohead. She is described as sharing semblance with Kate Bush, Lana Del Rey, Kishi Bashi and CocoRosie. Her current single “Cigarettes et Rosé” (2020), a melodically percussive inclusive march, builds upon the hypnotic sea chantey of “The Mariner’s Remedy” (2019) which found airplay across Canada. This summer 2020 Elise would have been touring Western Canada with her band to build on over 15+ years of performances, like the 2018 JUNO celebrations and several notable Vancouver Island festivals. Instead, they performed in unorthodox locations like campgrounds, national historical sites and driveways.