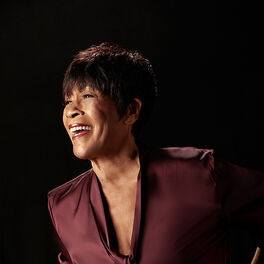 The Golden Sound of Bettye Lavette

Let Me Down Easy

Danger, Heartbreak Dead Ahead - The Best Of Bettye Lavette

Let Me Down Easy - In Concert

Tell Me A Lie

The Scene of the Crime

Love Caught Me Out

Dedicated: A Salute To The 5 Royales

According to the website of the soul singer and three-time Grammy Award nominee Bettye LaVette, she is 'No mere singer or song writer, nor is she a cover artist. She is an interpreter of the highest order. Bettye is one of very few of her contemporaries who were recording during the birth of soul music in the '60s and is still creating vital recordings today.'

LaVette was born in Muskegon, Michigan in 1946 and at the age of 16 released her first single 'My Man - He's a Lovin' Man'. The song became a top ten hit and launched LaVette into a singing career which after almost 50 years is still garnering nominations for Grammy Awards. During this time she has appeared with artists of the calibre of James Brown, Otis Redding and Sir Paul McCartney.

Her professionalism and vocal ability has ensured that during the past five decades the singer's talents have been in constant demand. She has been a successful solo artist as well as a top session singer and a successful Broadway performer. Throughout her career LaVette has been showered with industry awards and accolades from fellow performers. Recently her soulful interpretations of rock classics has endeared her to a new wave of fans and now, well into her seventies, her career shows no sign of abating as she continues to be a successful recording artist.