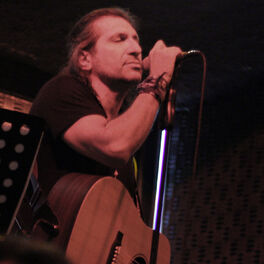 “When I was a little kid, there was this funky old plastic radio on a shelf in our kitchen that was always playing traditional Turkish folk music. As soon as I was tall enough to reach the dial, I started switching the station.” Hakan Gencol was born into a family of architects and musicians and he’s from Izmir, on the Aegean coast. Hakan truly began to explore and discover music at the age of 14, through his mother and his uncle Bülent, the black sheep of the family. Bülent had dropped out of architecture school to open a small bar called the Artists’ Clubhouse, a gathering spot for Izmir’s bohemian crowd — artists, actors, musicians, comedians. The records his uncle played, and the concerts Hakan saw there, were early formative influences. “My uncle was the rebel of the family. They thought he was lazy, a hedonist, a zero,” Hakan says. “But to me, he was always more of a hero.” Hakan began studying guitar and piano, and soon became the lead vocalist and electric guitarist in his high school orchestra. Being in the school band gave him an early taste of freedom. Student musicians could cut classes to rehearse, and travel to other cities to perform. Hakan formed a garage band with some kids from school, playing classic hits by American artists on his 1960’s 12-string electric guitar. He began writing his first few songs in English at this time. “We gigged around town quite a bit,” he remembers. “But I was probably the only one who took it seriously.” After graduating, Hakan traveled to Texas with an exchange program, his first time away from Turkey on his own. In America everything was huge: the cars, the food, the soft drinks, the people. There were country & western commercials on the radio. His host families took him to the rodeo, to Baptist church. Some tried to teach him line dancing, others to convert him to Christ. “It was no use trying to tell them that I was an atheist who couldn’t dance.” He returned to Turkey with a giant beach towel emblazoned with the slogan ‘Y’all!’” After studying Industrial Design at Middle East Technical University, where he briefly formed another band and dabbled in theater music, Hakan moved to Milan to take a master’s degree. He wound up staying for five years. “There was just so much going on,” he says. “Concerts, fashion and design shows, art exhibitions, films, sex, drugs, and rock’n’roll.” It was the perfect atmosphere for a young designer and musician with wide-ranging interests. “I wasn’t sure what I wanted to do. I was just soaking it all in. At one point I even thought of becoming a film director. I was watching too many movies, I guess.” He supported himself working freelance in design studios by day, and playing cover songs in local pubs at night. The first performances were pretty shaky. “Here I was: a Turk, in Italy, singing songs in English. I was scared shitless, so I would screw up the words,” he remembers. “But then I realized that most of them didn’t really speak English, so they had no idea if I was getting the lyrics right or not! After that, I grew more confident. Some of them even mistook me for an American, which I found pretty amusing.” The next few years saw Hakan traveling constantly between different cities for work: Ankara, Izmir, Istanbul, Milan, Morphou in Cyprus. He seemed always to be moving. And as he traveled, the songs began to flow, slowly at first, then more swiftly and easily. “Movement is inspiring. It makes you feel free,” he says. “Or at least it offers the illusion of freedom.” Istanbul had always drawn him like a magnet. So after the years of roaming Hakan decided to stay for awhile. He found a flat and played in bars like the James Joyce Irish pub, writing songs, and living a poet’s life. There were bar fights, lost evenings, mornings waking up in unknown places. He lost himself in the crowds, enjoyed being the anonymous observer, recording details like a journalist, and working those images into his songs. “Istanbul is full of bright lights, full of stories,” he says. “But it’s also a tough city. After awhile you realize that the bright lights are artificial, and that some of the stories are tragic ones.” He fell in love, then felt it was time to return to the south of Turkey, to Bodrum, to begin his first record and tell his own story.