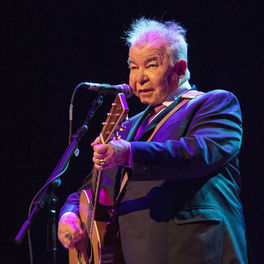 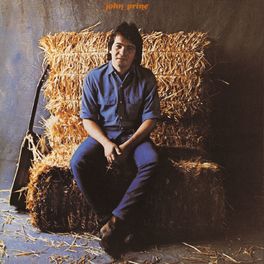 The Tree of Forgiveness

In Spite of Ourselves

For Better, Or Worse

In Person & On Stage (Live)

by The Orphan Brigade, John Prine

Born on October 10th, 1946 in Maywood, Illinois, prolific songwriter John Prine started out his musical career by watching others at an open mic show in Chicago, happily passing judgement but never himself taking to the stage. After a performer allegedly responded to a comment from Prine urging him to prove he could do better, he performed original songs and spiked the interest of critics and audiences. After serving in the US army, stationed in Germany, he wrote his signature song “Sam Stone” about the struggles that many of his comrades experienced after returning home from the Vietnam War, marking himself as one his generation's most potent songwriters. With the country folk classics “Angel from Montgomery”, “Illegal Smile”, “Paradise” and “Souvenirs”, Prine's funny, touching, political and occasionally eccentric style got him dubbed as the new Bob Dylan and hailed by contemporaries such as Johnny Cash, Kris Kristofferson and Roger Waters. The records Common Sense (1975), Bruised Orange (1978) and Lost Dogs and Mixed Blessings (1995) are regarded among his finest work, and he won a Grammy Award in 2006 for his album Fair & Square. In 2001, he took to the big screen to co-star alongside Billy Bob Thornton in Daddy & Them, with his record “In Spite of Themselves” used in the end credits. In 2010, a tribute album – Broken Hearts and Dirty Windows: The Songs of John Prine – was released by Oh Boy Records, featuring a host of artists covering Prine's music. The album includes Josh Ritter singing “Mexican Home”, The Avett Brothers on “Spanish Pipedream”, Sara Watkins doing “The Late John Garfield Blues” and Old Crow Medicine Show performing “Angel from Montgomery”. He was inducted into the Nashville Songwriters Hall of Fame and was in 2016 named the recipient of the PEN/Song Lyrics Award. In 2018, he returned with his first new material in over a decade, taking the form of the self-released album The Tree of Forgiveness. Peaking at #5 on the Billboard 200, it marked a career high for Prine, who was subsequently announced as the recipient of a Grammy Lifetime Achievement Award the following year. Tragically, on April 7th, 2020, the coronavirus claimed the 73-year-old’s life. His final recording, “I Remember Everything”, was released posthumously two months later, accompanied by a video of Prine performing the song at home.