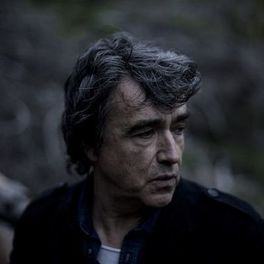 Jean-Louis Bergheaud, better known by the stage name Jean-Louis Murat, is a brooding singer-songwriter from France. Murat was born in 1954 and spent the bulk of his childhood in rural isolation on his grandparents' farm in Murat-le-Quaire, the village he went on to take his pseudonym from. He began learning music aged seven, occasionally joining his father's band on cornet and tenor saxophone. A natural loner, Murat consumed the writing of André Gide and D.H. Lawrence and eventually became exposed to American jazz, R&B and soul.

At 17 Murat was married and a father, but the relationship proved short-lived and he travelled and did odd-jobs for several years before committing himself to music at 23. He and some friends from Clermont-Ferrand formed the band Clara and worked with William Sheller. Clara didn't last long, but did lead to a record deal with EMI for Murat. The deal proved something of a false start, however, when Murat's recordings performed poorly, and a subsequent deal with CBS didn't do any better. In 1987, however, he signed with Virgin Records and returned with the surprise hit 'Si Je Devais Manquer de Toi'. The 1989 album 'Cheyenne Autumn' also fared well, notching up 100,000 sales and led to commercial and critical successes through the '90s and into the 2000s including 'Murat en plein air', 'Vénus' and 'Mustango'.