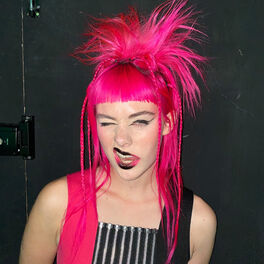 Letter to My Ex

Deal With It (Just Kiddin Remix)

Deal With It (Acoustic)

Pass the Flag by Pabllo Vittar

THIS IS The Remix

GIRLI has a new voice: one that is even more raw and unfiltered than she has ever been in the past. Newly confident in her identity as a bisexual woman and an artist on an independent label. GIRLI has grown a lot since she first emerged at 17, in her embrace of different sounds and styles, as she leans harder into a grunge-influenced, riot grrrl sound, pushing the boundaries of what actually is 'girly', anyway. Over the years GIRLI has crafted a persona that was as hard as the word 'girl' is soft: "I built this thing up as GIRLI, like, 'I don't give a fuck what anyone thinks'. But actually at that time, I really did. Figuring that out, and learning that it was okay to be vulnerable, was so big for me." It was only after losing her record deal, relationship, and friendships that she was able to rediscover who she actually is, underneath the tough cybergoth facade – and along the way, she made the best music of her career yet.