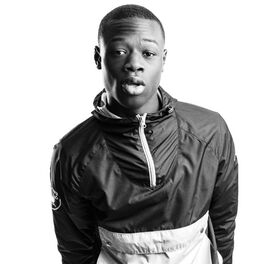 Did You See (Philip Emilio Remix)

Did You See (Conducta Remix)

Did You See (C. Tangana Remix)

Did You See (French Montana Remix)

Did You See (Mura Masa Remix)

Did You See (C. Tangana Remix)

J Hus is the stage name of Momodou Jallow, an English rapper of Gambian heritage who began as an amateur MC and made demos and videos that garnered attention on the Internet. He collaborated with MoStack on the single 'So Paranoid' and released 'Dem Poy Paigon' which earned widespread reviews. He released a mixtape, 'The 15th Day', with the single 'Lean & Bop' which became a radio hit. He was featured on 'High Roller' by Nines and 'Bad Boys' by Stormzy.

In 2017 his debut album 'Common Sense', which reached number six on the UK Albums Chart, was nominated for a Mercury Award and won Best Album at the NME Awards, with the single 'Did You See' going to number nine on the UK Singles Chart. He released the follow-up EP 'Big Spang' in May 2018. Later that year he was due to perform at the TRNSMT festival in Glasgow and Wireless Festival in London but was dropped from both line-ups after he was arrested for carrying a knife and sentenced to eight months in prison. Shortly after being released, he returned with the single 'Daily Puppy' featuring GRM Daily, which was recorded prior to his incarceration.